We’re still kinda recovering after our furious work in the new office, but in the meantime, we thought we’d give you a little heads up on where we’re going next. A planning post, if you will. A little glimpse into the future. (The near future, we promise.)

We’ll be going about 6 inches from the blog office….and into… the upstairs hall.  🙂

It’s a bit more than a ‘hall’ in that it is both a landing area at the top of the stairs and a hallway all in one. It also features an adorable little window nook, and our linen cupboard.

It was actually a toss up between this space and the downstairs foyer – but we’ve decided to tackle this space next for a couple of reasons.

One – it already feels so crazy messy up here because we’ve been working on the blog office for so long. We’re used to the mess, so we might as well just keep it going and let the rest of the house stay relatively tidy for the time being.

You might recall that there was once a giant floor to ceiling built-in book shelf in the far corner. We closed that in and made it part of our giant closet.

That’s really what prompted us to tackle this space next. (Well, that and the fact that we know a little bit of paint up here will go a really long way.)

Two – this hall requires very little in the way of structural changes or major design projects. We sorta wanted to pick at something that would have a huge effort-to-improvement ratio because, frankly, we’ve been going full tilt and we’re in need of an easy win! The foyer downstairs will happen eventually, but it’s going to be a HUGE job to do what we want to do. 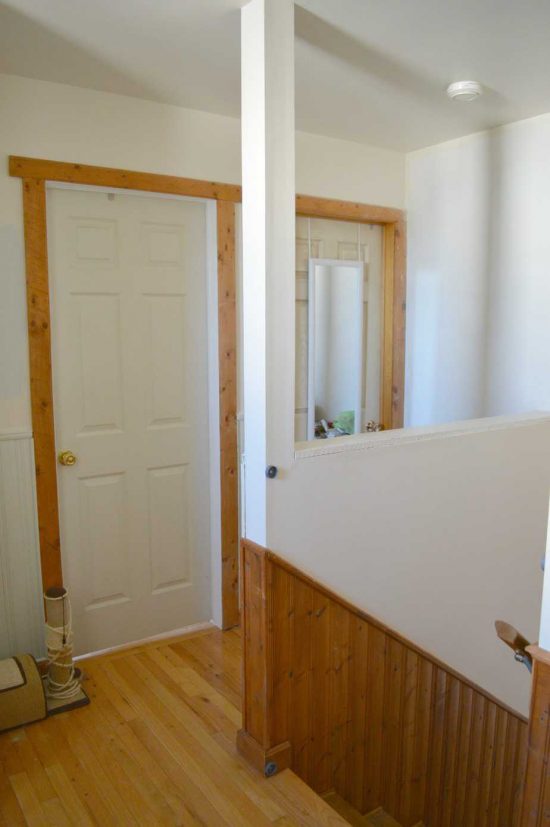 In terms of our end game, we want this space to feel effortless and really flow with the vibe we’re trying to build in the rest of the home – beachy, easy, breezy (beautiful, cover girl…what? No… well, maybe… moving on.)

The little window nook area was once Dan’s workspace, but since we now have an upstairs office, he doesn’t need to work in the hall anymore.  🙂 So we’ve disassembled the desk that was there and we’re planning to do something more efficient with the space. (Oooh! There’s a sneak peek at the wall colour in this shot!)

We have already selected a paint colour for this hallway (and in, fact we’re hoping to use it in part of the hall on the main floor too) and you’re going to LOVE it. 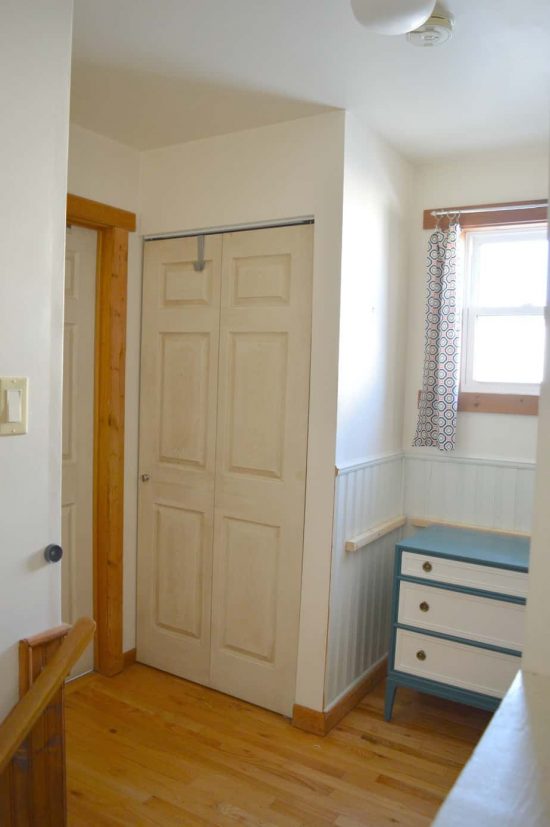 It really doesn’t seem that bad compared to the endless list we had when we started the office space! 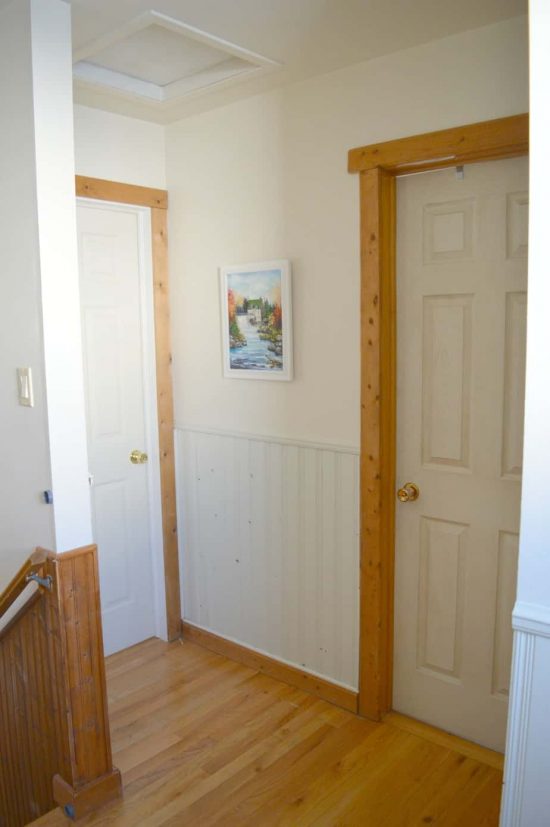 * Dan has something hella-awesome planned for the doors.  Our plans extend a little further than just simple ‘paint’. Admittedly, the doors won’t be part of the phase one makeover. But they’ll probably happen over the next couple of months.

** We’re teaming up with Cutting Edge Stencils next month for part of this project. We picked something a little unexpected and we cannot WAIT to show you how it all pans out.  🙂

So soon, we’ll start to share the progression of this space with you.  Later this week, Dan is posting about his experience building our West Elm inspired day bed.  🙂