The blogging world is full of birth stories. I love them. I read them often. But at this point, I’m not sure if I plan to write one or not. (Truth: As of the time of writing this post, I’ve been in pre-labor for three days with steady, but inconsistent contractions… and I feel as if I’m never going to have this Baby!)  Instead, I’d like to share something about our Baby’s nickname…an unconventional birth story, if you will.

{If you’d like to read more about our long and winding journey towards having a Baby, you can start here with our admission about our fertility condition, and then check out our pregnancy announcement. You can also follow along with some of my trials and tribulations over at Yummy Mummy Club too!}

It is customary now for parents-to-be to give their unborn child a nickname. A word they can use to refer to the Baby other than ‘Baby’ or ‘It’ before it’s born and the true name is revealed or decided.

In our case, we called our baby ‘Froggy’.

I was quite surprised how swiftly it caught on. It seemed everyone in our family, all our friends and even my most devoted blog readers were calling our wee babe ‘Froggy’.

People even gave us frog themed gifts for the Baby, which I find heartwarming for two reasons. Firstly, it’s an incredible emotional rush when someone gives you something intended for your child – it’s just a beautiful thing.

Secondly, my heart was warmed because I don’t think many truly understand how my Froggy got his name. (And yes, Froggy might still be a girl! We don’t know yet.) So indulge me in a little throwback storytelling as I explain… 🙂 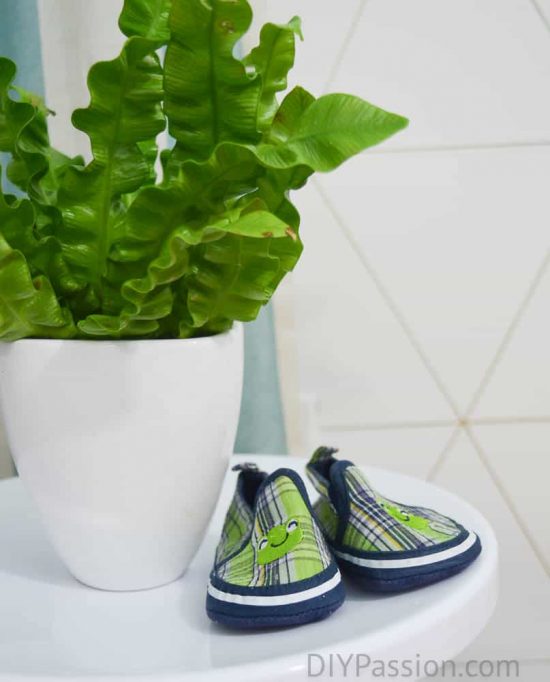 There is a small town in Northern Ontario. The hamlet of Gros Cap, to be precise.

It is nestled among the majestic redwoods and dense rock cuts of the Great Canadian Shield, approximately 40 minutes outside of Sault Ste. Marie. And as the great Neil Young says ‘all my changes were there’.

There is one road in and out of Gros Cap. Coming around the sweeping bend, you pass the welcome sign and are greeted by the sight of Mr. Mageron’s handmade 40-hole ‘bird motel’ precariously perched atop a double height flagpole. From there, making a left takes you to a handful of homes tucked into the soft and mossy bush just on the edge of the sandy shores of Lake Superior; my grandparents’ among them. A right takes you to houses built at the base of ‘the mountain’; a massive outcropping of boreal rock that is a playground for wild black bears, moose, foxes, rabbits and other woodland creatures. (I often dreamed feral children lived there.) The laconic town comes to a natural end at a sleepy motel, just at the edge of the water, complete with an ice cream shop.

It didn’t matter who you were as a kid, or how old you were – everyone played in the bush.

I lucked out big time with my childhood, growing up in the mid-80s to parents and grandparents who not only let me roam free, but encouraged me to do so. I played city mouse in Toronto during the school year, but my country mouse was unleashed every summer when I’d get to romp through the wilds of Gros Cap.

It was there that I learned foxes like to eat their food high off the ground, but that doesn’t mean you should try to hand feed them.

Yes, bears do shit in the woods. And if you find bear shit, it means there are probably some wonderfully ripe bush berries not too far away.

Breaking off and sucking the branches of yellow birch trees is basically the same as brushing your teeth.

If you’re making a lean-to to camouflage yourself ahead of an epic water fight with your friends, don’t pull up on a leafy fern or you’ll end up needing stitches.

If your sled runs into a tree at the foot of a hill, and there’s a hibernating porcupine in said tree, someone is going to have to explain to at least one mother why their snowsuit is covered in quills.

Lastly and most importantly, sticky frogs are notoriously difficult to catch and keep.

You see, there was a vacant lot across the road from my grandparents house. I don’t know who owned it or if anyone owned it, but right smack in the centre of that six-acre lot was the best frog pond on Planet Earth.

It was too wide to throw a stone all the way across, but too small to accommodate a paddle boat. It was about armpit deep at its deepest, and had the best squishy muck bottom any kid could want. It had bulrushes and reeds, leeches and turtles, fallen trees and decaying logs, moss and mushrooms, sandy banks and rocky ledges. It was perfect.

The Gros Cap clan would spend hours at the pond, digging and discovering, munching on homemade packed lunches of ham sandwiches, potato chips and root beer. There was a bit of a competition to see who was the best at catching pond dwellers. It was a foregone conclusion that the youngest boy on the street, Danny, who was just five-years old, was the best frog catcher you’d ever meet – but we’d all try to outdo him anyway.

Danny was quick. He’d stealthily slide into the pond and within the blink of an eye, he’d come out holding a protesting bullfrog the size of a dessert plate.

I once watched him catch a snake and a frog all in one go. He dropped the frog in a bucket and shoved the snake into the pocket of his cargo pants and buttoned it up before it could slither out. 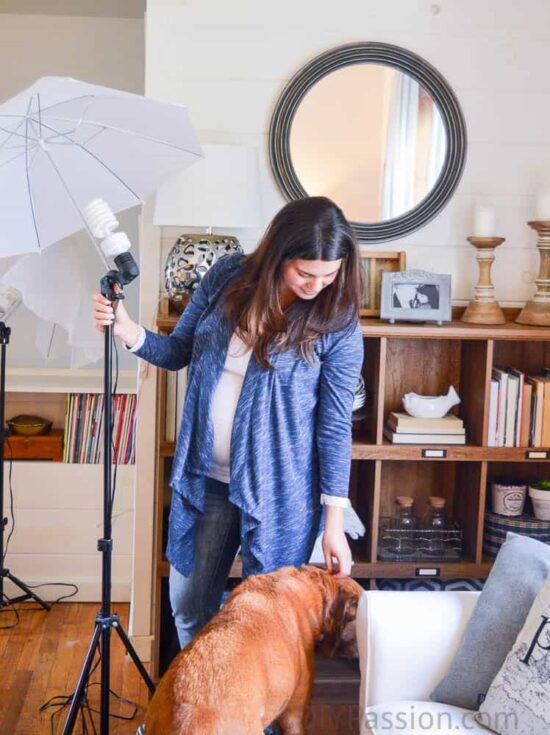 He’d arrive at the pond mid-morning with a wonderfully mismatched collection of buckets, tupperware, plastic shovels and yogurt containers in which he’d keep his day’s catch. Sometimes, if it was a neat enough find, he’d transport the frogs to a kiddie pool at his house and keep them for a couple of days. Poor frogs – it was probably like being transported from a minimum security prison to Alcatraz, but that’s how we rolled back then.

(That’s also how we all learned a hard lesson about bullfrogs. If you put a big one in a kiddie pool with a small one, the big one will eat the small one without blinking. And it will be devastating.)

One sunny summery day, I was lazing at the edge of the pond not thinking about much of anything. A bunch of kids were around, tossing stones, breaking sticks – Danny, of course, was catching frogs. I don’t know why he had to leave, but he did. Seeing as I was the closest one to him, he lumbered over with a yogurt container in hand and held it out for me.

I looked into the container. It didn’t look like there were frogs in there at all; more like little drops of wet mud.

“They are really small. I’ve never caught three before. They don’t like being trapped. They want to be back in the pond. Don’t lose my frogs, k?”

I sat back down at the edge of the pond and shoved the yogurt container into the sand beside me. I was a bit miffed that I’d just been told by a kid half my age that I had to babysit his container full of tiny frogs. There was no way a frog smaller than my pinky fingernail was going to get out of an eight-inch high yogurt container.

No sooner had I decided that frog-minding was not in my best interest than I started to hear this funny sound.

It was almost an echo. But it was fervent. Determined. Persistent.

I looked in the yogurt container to find all three tiny frogs literally scaling its walls, reaching valiantly for the lip at the top, sticking to the plastic like microscopic, superhero, mountain-climbing, amphibians. I started to understand why Danny called them ‘sticky’ frogs. They were sticking to the container. Using their own might to regain their freedom.

I sat and watched in wonder as sticky frog one wrenched himself (herself?) over the edge, flinging its miniscule body onto the sand below.

It was a feat of nature that defied explanation.

It was a veritable tempest in a teapot. Or perhaps life or death in a filthy yogurt container.

All three managed to pull themselves out of the inhospitable plastic enclosure and barrelled towards the cool, watery freedom of their natural home.

Each then leapt into the murky brown muck of the pond with a tiny ‘plip plop’ and disappeared.

“Sorry Danny,” I said. “But those frogs really wanted to live. I had to let them go.”

He tossed off his flip flops and waded back into the water, saying nothing.

I assumed I had been forgiven. 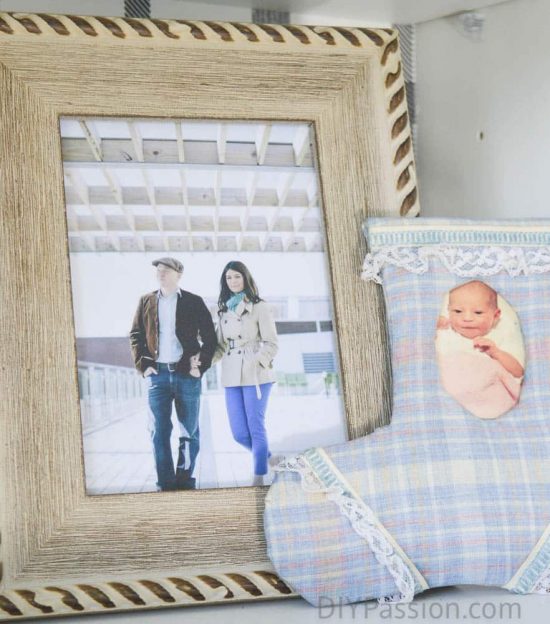 And so, I’ve chosen to look at our journey to parenthood like the microcosm of the frog pond.

I’m standing on the edge of a wild and untamed environment, fraught with incredible life lessons – some hilarious, some devastating, and most, if not all, practical.

But amid the foxes and porcupines, snakes and bullfrogs, there are those often overlooked, smallest of creatures. Those we can barely see, but who possess incredible might, courage and desire to survive.

Sometimes, if you look closely, you will find inspiration in the tenacity of the smallest, stickiest frog who fights against all odds just to get home.

Welcome to the pond, Froggy. We’re so glad you’ve made it.

I’m a former broadcast journalist turned DIY blogger; I love all things paint, and power tools. My husband and I work on DIY Passion to share our commitment to inspire others to see beauty in the every day. I love dogs, cats, Han Solo and pie – probably in that order. If you’d like to chat about working together, please get in touch and sign up for our email updates.