I wasn’t going to let my daughter fall into the I Love Unicorns camp, but alas, she has. At three-years old she is officially unicorn and sprinkle obsessed. She’s been asking me to make her Pink Unicorn Cupcakes for a while and on a snowy Sunday, I decided to make good on my promise. 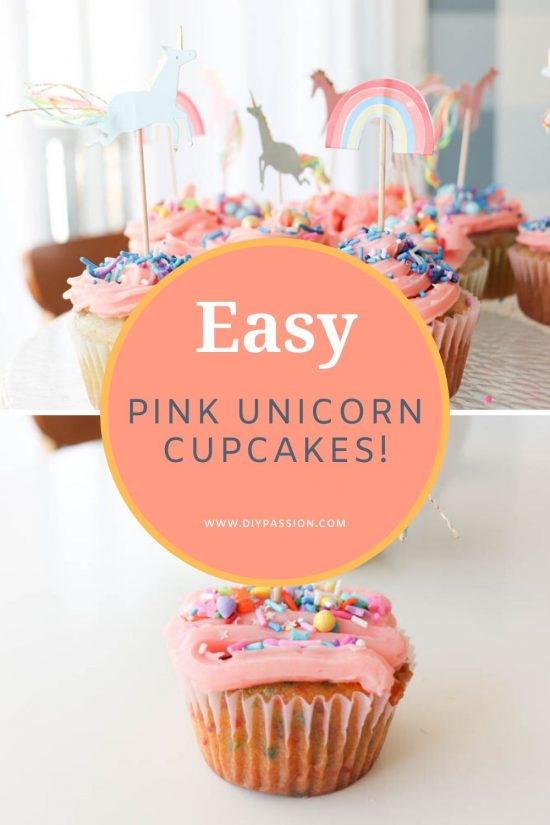 I’ve made a lot of cupcakes over the years, but have yet to find a moist white cake that I really like. Until I came across THIS recipe. Swapping out the creamed butter for vegetable oil resulted in a perfectly baked cake with springy-ness and the perfect moisture level.

Plus the addition of sprinkles into the cupcakes just makes them SO MUCH more fun. I plan to experiment further with this recipe to see if I can adapt it to include mini chocolate chips and even coconut. Because once I find a cupcake recipe that works – I stick with it!

How to get your kids involved in cupcake baking

Because I’m in recipe testing mode, I didn’t really want to involve my daughter in the baking process. The last time I did that, I got so distracted that I ruined the recipe!

So in the case of these unicorn confetti cupcakes, I baked them and let them cool during nap time and I piped a bit of buttercream icing onto them as well.

Then I set up a sprinkle station that would contain the mess as much as possible and let my daughter engage in the fun activity of decorating her cupcakes. 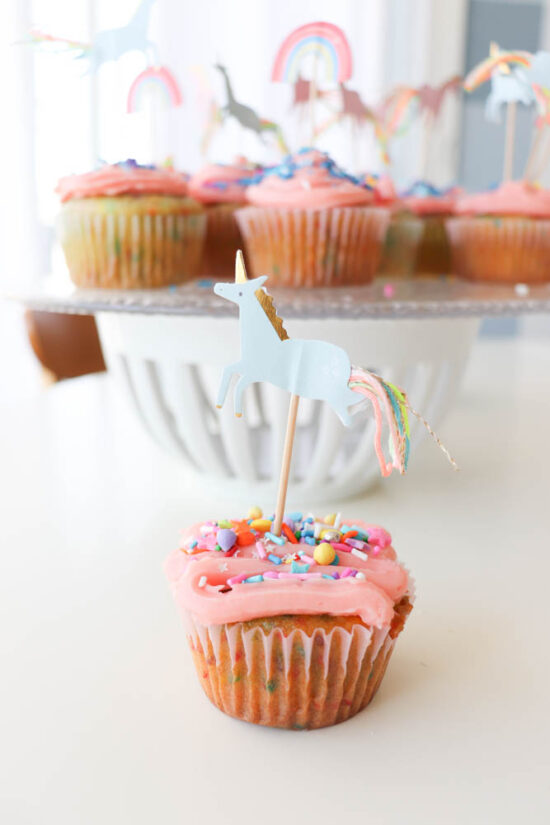 The best sprinkles and decorations for unicorn cupcakes

Truly it’s the decorations that make the cupcake, right? I mean, once you have a yummy recipe that is easy to follow and adapt – then it’s the toothpicks, cupcake toppers and sprinkles that really bring the party!

As part of my experiment, I’ve been testing out my different muffin tins for making cupcakes. I wanted to call attention to the differences in done-ness. The cupcake on the right is baked in the same oven and under the same conditions but in a heavier, better quality cast iron pan. The other on the left is done in a lighter metal pan. This is totally personal preference. But I tend to like the baked goods that come out of my heavier pan better! 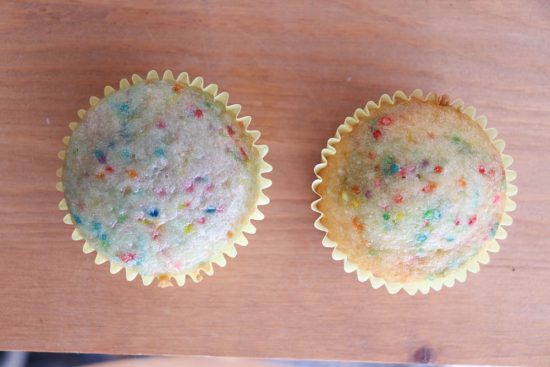 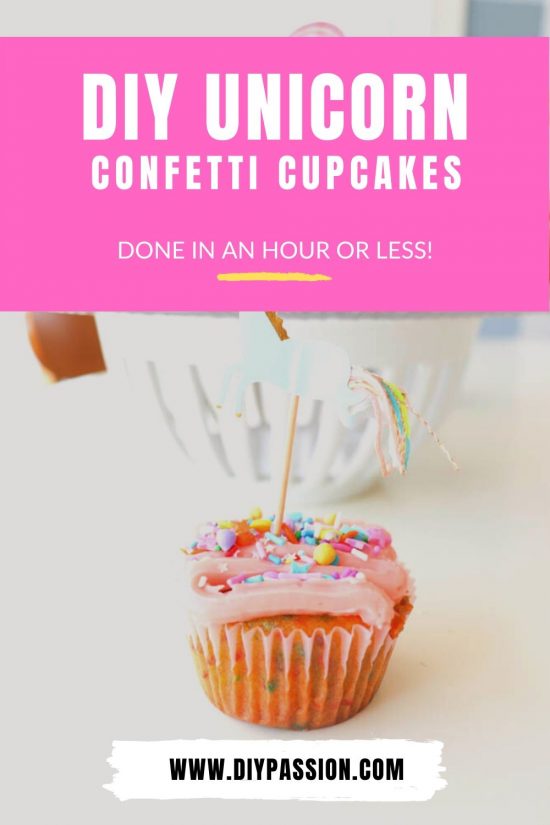 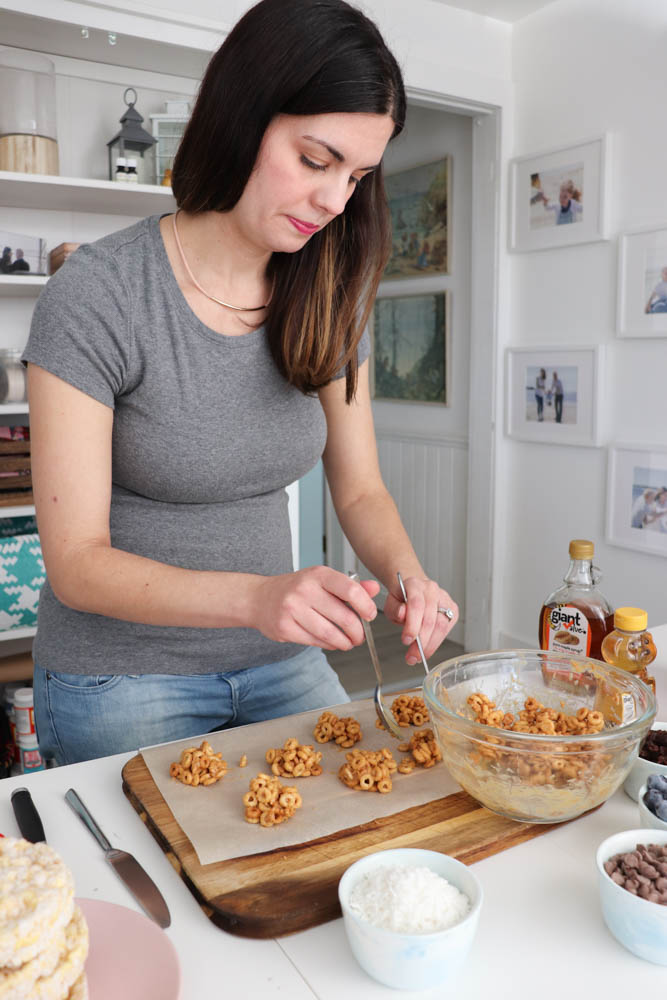 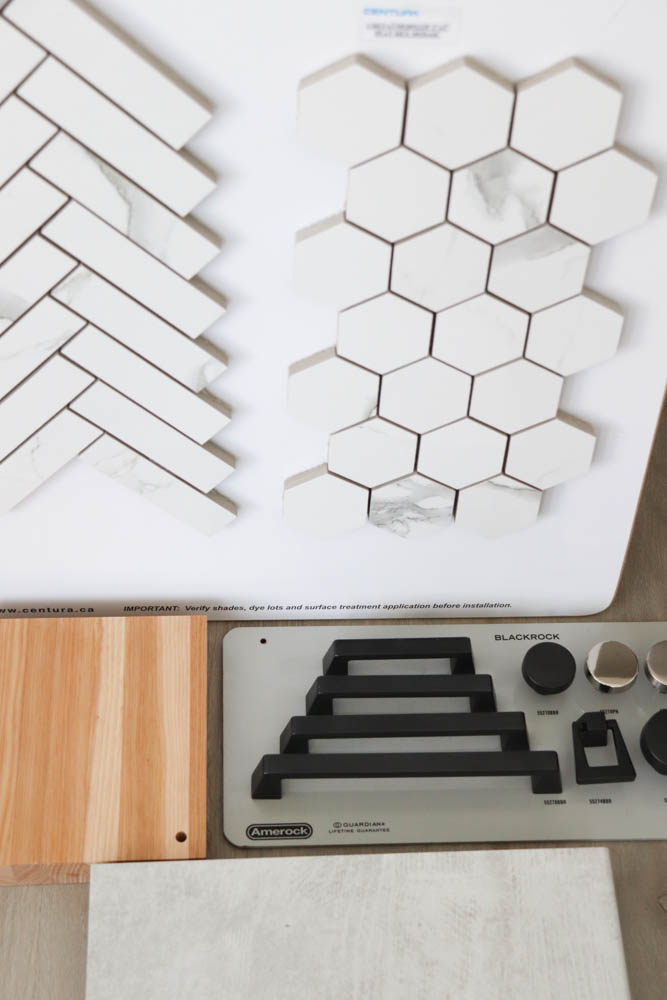