Coming off a week long blog-cation and I must say, I’m refreshed and ready to tackle the next season of DIY and decor. We’ve been spending a lot more time outdoors these days now that spring has finally arrived, and it’s been a great way to clear my head as well. I’ve been thinking a lot about how to tackle my next One Mind Challenge instalment. And guys, today’s post is a doozy.

(If you missed my last one, you can read about how I’m manifesting a new belief in Motherhood here.)

Just as a refresher, once a month I’m holding myself to writing more about what is happening IN MY HEAD with all the craziness of being a new mom, a business owner, a wife and…well, a person in this messed up world of expectations, results and super-connectivity. I’m sort of late to the game in learning the techniques for controlling my mind and creating my reality, but this is that journey – 100% real and 100% raw. I’m being led with the help of an executive coach, some fabulous podcasts and bloggers and reading materials I’m picking up along the way.

True to my word, I decided to let today’s ‘learning’ flow freely from the energy I built in the last post. I went back and read all of the lovely comments and words people left – how uplifting that was! But in doing so, I noticed a trend. I want to call it a ‘funny’ trend – but not funny ha-ha; more like funny in a curious sense. A lot of the comments from readers revolved around the concept of ‘positive thinking’ – which don’t get me wrong, I appreciate and understand the intention – but you guys, here’s a bit of an admission for you….

As I’ve been journeying deeper into life with intention, mindfulness and a study of quantum living, I have realized that phrases like “Just turn that smile upside down” and “Just be positive and things will be fine” are probably causing more hurt than healing.

I know. That’s a biggie. Let’s just let that all sink in for a second.

(It also struck me as funny that many people derived that message from my last post, because I never once used the phrase ‘positive thinking’ in the post. Weird eh? It’s almost like we’ve been trained to say “Think positive!” as an auto-response.)

First, I truly do not believe there is anything inherently wrong with suggesting someone ‘think positive’ or turning a frown upside down. (In fact, there is ample evidence to suggest that if you can concretely alter your thought patterns for as little as 20 seconds, you will alter your mood and therefore your reality.)

But what I’ve come to see and understand is that saying those things skips A LOT OF CRUCIAL STEPS to really manifesting success and happiness at the level we all seem to crave- namely, that of acknowledging emotional state and stages.

If someone is in a depressed state (not clinical depression, but depressed as in ‘below’ or ‘lacking’), it is entirely unfair to suggest that thinking positive thoughts will cure that instantly or at all. One would not expect a Ferrari to go from 0-100 miles an hour in a millisecond. We should not, and cannot, expect that of ourselves emotionally.

Let’s put this into context. I’ve been on a strange and wonderful rollercoaster lately. I’ve found it challenging to balance my new role as a Mom with my ambitions to build my own business (of which this blog is just a portion) and to continue to work on personal and professional development. There have been days where I have just felt completely out of alignment, down on myself, sad, angry and inconsolable. Picture me, still in my pjs at 3pm, on the couch with chip crumbs all over me, weeping into a box of tissues because “this s**t is REALLY hard.” 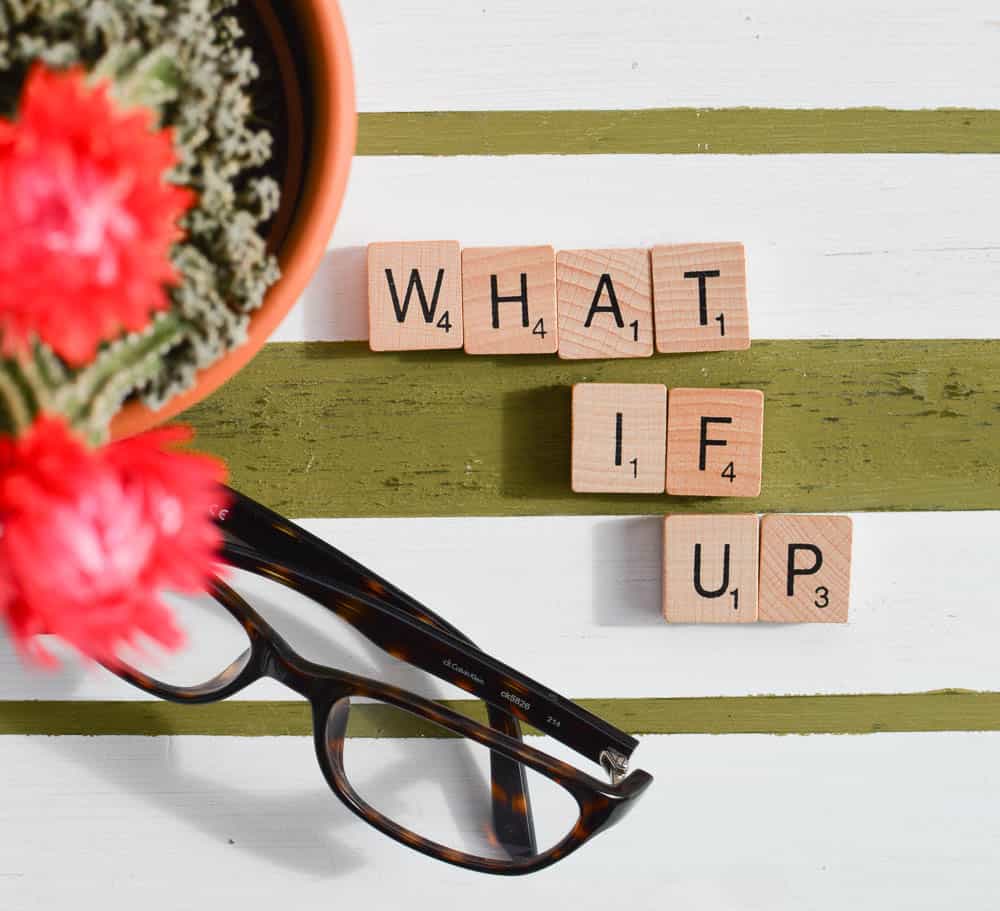 Somewhere along the way (maybe it was after The Secret blew up in popularity?!), we started communicating to each other that feeling ‘bad was bad’ and feeling ‘good was good’. And somehow, we’ve spiralled into believing that even if we’re feeling bad, simply projecting the opposite (even if it’s not true) will bring about positive and/or desired outcomes.

Hear me out on this. (If you’re still with me, I think you deserve a slice of cake. I’d give you one, but you know – the Interwebs…so I just hope you reward yourself with cake later.)

What if instead of saying “I feel like crap, but I’m going to smile through it,” we say ‘I am conscious of my feelings which are neither good nor bad, but are happening to me now”? Doing this removes the guilt that often accompanies negative emotions. We can simply acknowledge the emotions as an experience that is happening and then choose our next steps.

We can choose to EAT the crap sandwich with a cherry and pretend it’s all good (ummm…no) or we can choose to move away from it and eat what we really want…. cake.

*ding!* This was a HUGE breakthrough for me, people!! HUGE BREAKTHROUGH! There are steps we must take to finding that joy and positivity. You cannot go from depressed/angry/sad to positive and joyful in the blink of an eye. We aren’t built for that. But we are built to freely choose.

So my One Mind Challenge Number 2, as it stands, has been a two-fold learning process.

Number one: when in times of self-doubt, seemingly impossible situations or times when things just plain suck; acknowledge the emotion as separate from the thought. Understand that there is only up if that is what we choose, but do not deny that you are consciously feeling what you are feeling. Take the opportunity to say “I am feeling angry/tired/sad/upset…” and then ask yourself WHY. But don’t try to repress the emotion itself. It is there to help guide you to a deeper understanding of your own journey to joy (or cake).

Number Two: take the answer to that question and turn it back on yourself; remove all others from the answer and the equation.

For example, I can say “I feel angry because I keep getting emails asking me to work for free and I should be worth something to people.”

Why am I feeling angry? Because I don’t like when other people fail to recognize my worth.

Whoa. Let’s just analyze the flaw in that sentence. In what world does it make sense for me to control other people’s perceived failings? Ummmm…. in no world. Except the world I will create for myself if I keep letting that be the answer to the question “why am I feeling angry?” See where I’m going with this?

Even if I paste a smile on my face, if that’s the inner story I keep repeating, I will NEVER be in control of bringing myself out of the funky state of angry. To bring the analogy full circle, this is tantamount to me allowing someone else to FEED me a crap sandwich. Ya. So now you see why this approach won’t get you where you really want to be.

Try again. “Why am I feeling angry?”  Because I’m not focusing on the areas of my work in which I AM recognized for my worth.

See what I did there? I stopped letting those ‘people’ who keep asking me to work for free have control over me and my emotions. I rode the wave upwards and brought myself closer to a positive view of my current situation. In other words, I took steps towards TRUE positive thinking.

The problem with the colloquial and everyday use of ‘the power of positive thinking’ is that it sanitizes our very real emotions.  Positivity is not the icing we put on the cake to cover up the imperfections. Positivity is THE ENTIRE CAKE. The trick is to experience it ALL and take control, rather than to bury or cover up parts we don’t like. Subtle difference, but isn’t the beauty in the subtlety? 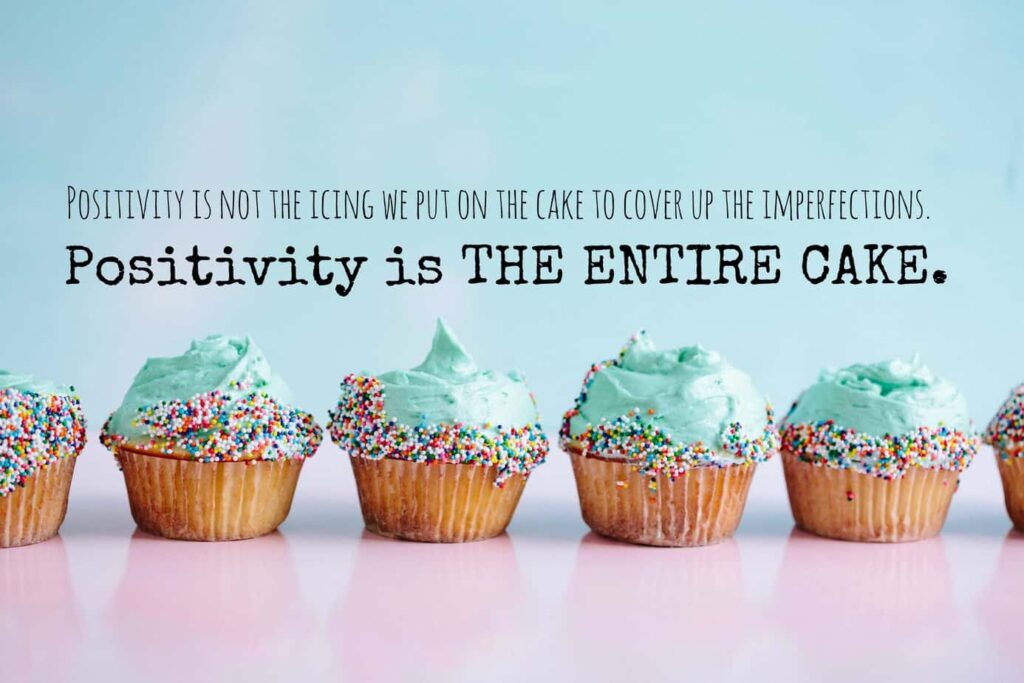 Once again, I really don’t know where this series will take me. I really am just riding a wave. Lately, I’ve been digging deeper into notions of ‘wanting’ and the whole idea of a ‘vision board’ made up of pictures ripped out of magazines. I would like to better understand how that type of want-based practice helps or hinders us in becoming truly successful and finding peace. Coming from a niche that traditionally is built on material possessions and outward appearances, the concept fascinates me.

What do you think? Have you read anything about quantum living? Are you practicing mindfulness? Where are you in your One Mind Challenge? I’d love to know! 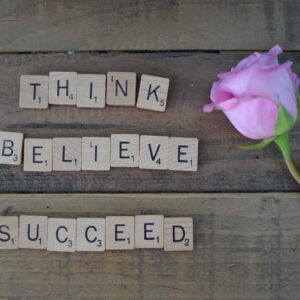 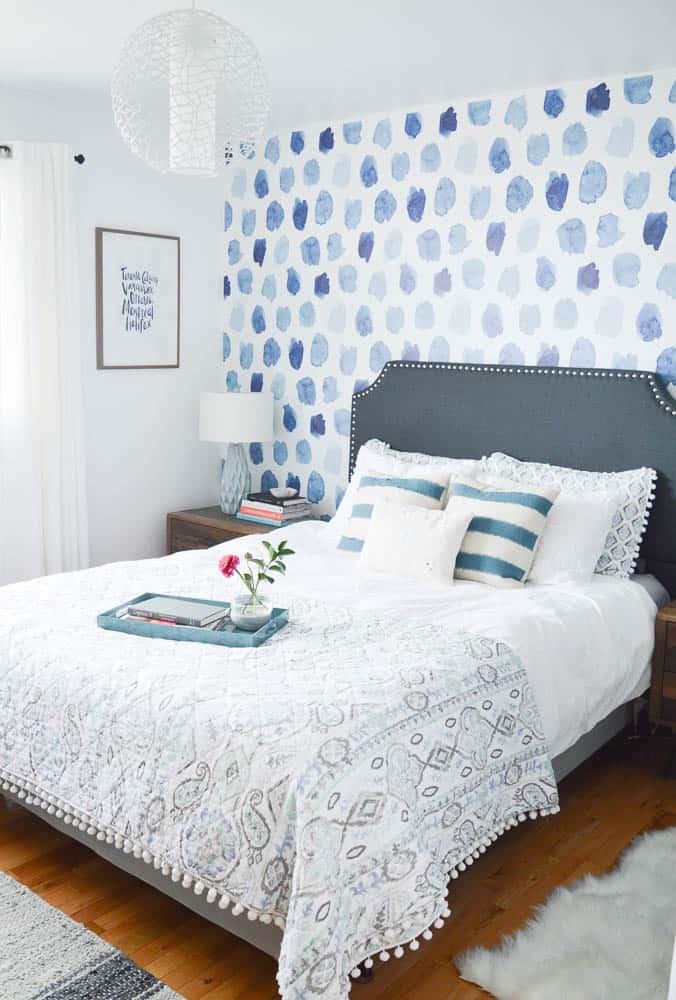 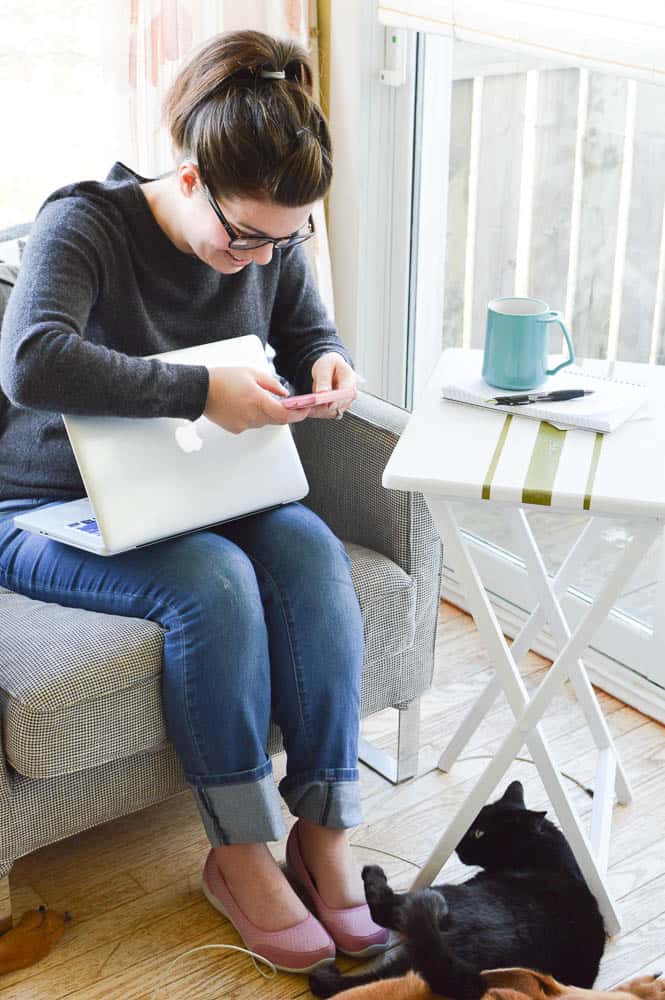 I love this post. We have to feel our feelings. Every single last one of them. Even the really sad and yucky ones.

It doesn't all have to end in tears, but almost always, somewhere along the way - for me - there are tears. This is a good thing. Why? Because just like Mr. Rogers said "Crying gets the sad out of you." and it does. That's a fact. It might not get *all* of the sad out, but it sometimes gets just enough out to clear the way for happy or productive (or whatever it is you seek).

And I can't begin to tell you how much I loved your cake analogy. It - just like cake - is perfection.

One thing resonated with me is, I find we women don't acknowledge are sadness, which is anger turned inside, but keep squashing it down, until one day it's like a Dam bursting and flooding every inch of your soul.

People who don't value your worth because you don't work in a Corporate world, but don't realize how much work it takes not to lose yourself, being a wife, Mother, it's all a juggling act. I also learned there are times when you walk away from friendships that no longer have impact on you. So accept the ups/downs. This is life.

Ok....I'm going to re-read this in the morning when I am fresh...but...one thing did jump out at me....acknowledging the emotion is separate from the thought. I had an upsetting and challenging situation over. A year ago with a close friend. I remember saying to her...." I am going to let myself feel all my feelings...and then I will eventually be fine...and we will be fine. " And we are. :) I do think we are quick to not let ourselves, or others feel anything negative that is directly impacting us. It's strange.

Thank you for this. I had a few "ah ha" moments while reading this tonight. I have been trying to evaluate my feelings more and figure out why I feel some things and remove the outside influence or blaming. I realized that everything I thought I could not control, I most certainly could. We control our perception or our reaction to a situation. We have to own up to our feelings. This series is awesome for you and your readers. Great job....keep sharing :)