On Manifesting a Belief in Motherhood {One Mind Challenge}

Today’s post is the start of – or really a continuation – of a journey I’ve been on for the last while. It began when I shared  this post about my quest for hygge and then recently, my post about the words I no longer use. It spilled over into me changing my blog’s tagline to be what it is now “Do-it-Yourself. Spark Joy. Collect Happiness.” Well, today marks the official launch of my One Mind Challenge; which is where ALL of that stuff will start to come together.

If you know me, you’ll be aware that over the last few months, I’ve become entrenched in the study of mindfulness, meditation and speaking to my intuition. It has been the natural progression in my aim to attract more joy into my life. I’m so pleased to be sharing this journey with you month-by-month in collaboration with PONO Consultants International, in the hopes of inspiring you to seek more joy and fulfillment too!

Obviously the biggest change for me in the last year has been becoming LB’s Mom.

If you had asked me last year at this time what I expected ‘motherhood’ to bring – I would have said ‘struggle, challenge, spit up and poop’. I would have said that I expected to echo the strife and, frankly complaining, I hear and read about on a myriad of parenting sites and social channels. I would’ve expected to feel professionally challenged to have a ‘good job’ and also be a ‘good mother’. A year ago, I was absolutely terrified that I’d become resentful, lose myself completely and have no way out. I was having trouble identifying as someone’s mother.

But there was something else at play.

The breaking point for me was when I was about 28 weeks pregnant and someone publicly and loudly suggested that I didn’t want my baby because I was so concerned about missing my job. 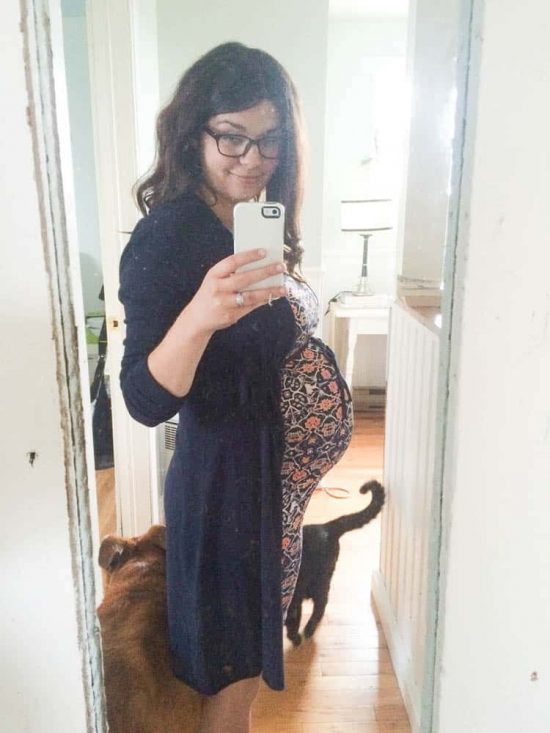 I mentioned in a recent post about the words I no longer use that I’ve been working with a coach (I call her a coach, but she’s much, much more than that – angel? maybe!) for the past few years. Judi from PONO Consultants initially met with me as part of my day job. It was her job to help my team refocus, create better processes and ultimately produce more results faster and easier.

Easy right? Cut the fat, focus on the bottom line.

It was NOT what I was expecting. And honestly, it took me a while to even understand what she was asking me to do. But slowly and surely, as I internalized the process – it brought clarity.

Fast forward to eight months ago when I stopped working to take maternity leave. How could I apply those techniques for success to my new-found role as Mom?

Step one was recognizing the ‘stories’ I’d been telling myself and had been allowing other people to validate.  Here’s what I came up with:

“Being a working mother is going to be miserable and I’m always going to feel like I’m failing at something.”

“Motherhood is going to eat my identity.”

“Having a baby is going to make me resent missed opportunities.”

I could go on, but you can see what I mean. I think many of my limiting beliefs blend motherhood and ‘working’ because that is the world I know. My Mother is a successful executive. HER mother was also a career woman. These stories about ‘balance’ and ‘not having it all’ are the stories entire Mommy blog platforms are built on. Stories like these get shared over and over again and weave their way into our collective Mom subconscious and somehow just become ‘truths’ and we accept them and stop even trying to change them.

We tell ourselves over and over again that Momming = struggle. Or even moreso Momming = career suicide.

But you guys! That in itself is one of the most basic and insidious limiting beliefs of our time. What if we just choose to TELL A DIFFERENT STORY. Stop talking about ‘having it all’ or ‘not having it all’ because what the heck does that even mean, anyway?

What if we keep repeating these same ‘limiting beliefs’ over and over again? That will become our reality. If we keep focusing on the struggle, the struggle will only grow.

BUT – if we stop doing that, we disrupt the pattern. We become mindful of what is truly real and we create new outcomes. So instead of Momming = struggle, how about Momming = endless opportunity for joy?

I know right? Re-read that sentence. Re-read it a few times. Then come to the striking realization that I did a few months ago- that if we limit our complaints and reframe them as opportunity, we can completely alter outcomes and our feelings about the world.

This. This is how I’ve been living for the past eight months. After that day of crying, stuck at my desk, I knew something in me needed to change. My limiting belief was being challenged by my intuitive self and I had to listen. And when I say ‘limit our complaints’ I mean that in the literal sense. STOP complaining out loud and online. Catch yourself before you do it. Reframe the issue, even slightly and then choose another outcome. 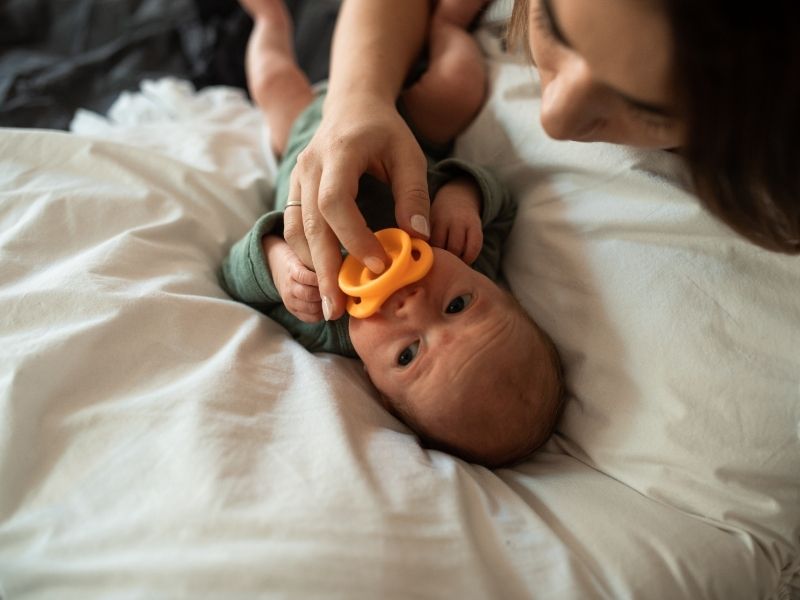 Recently, we flew with LB back from Toronto. The poor thing had a head cold and the descent was really hard on her ears. She screamed inconsolably and worked herself up so badly that she projectile puked ALL OVER Dan. The response from others when I told the story was “OMG! That’s the stuff of nightmares! Flying with kids is THE WORST!”, but I chose to frame it as something slightly different. It was actually a fabulous learning moment for us as parents and it really gave both of us a crash-course opportunity in being calm, collected and assessing exactly what LB needed from us in that moment. It was not my nightmare. It was an opportunity – a challenging one, most definitely. And now, we belly laugh about it.

For the last two months of my pregnancy, I retreated into my own world, talking out loud (to no one in particular) about what I really wanted to experience as a Mother. Sure, I was excited for the first taste of peas, the first smile, the first kisses and all that – but I kept asking for the experience of joy through calm.

I looked to the Mothers in my life whom I admire…and the one element that stuck out was their ability to remain calm. So that’s what I told myself. Motherhood is an opportunity for endless joy through calm.

And you know what? For the most part, that’s what it’s been.

LB is a joyful, playful, well mannered little creature. She wakes up happy, she falls asleep happy. I see the joy she brings to everyone she meets. She has brought me a sense of calm and quiet I never believed I could experience. 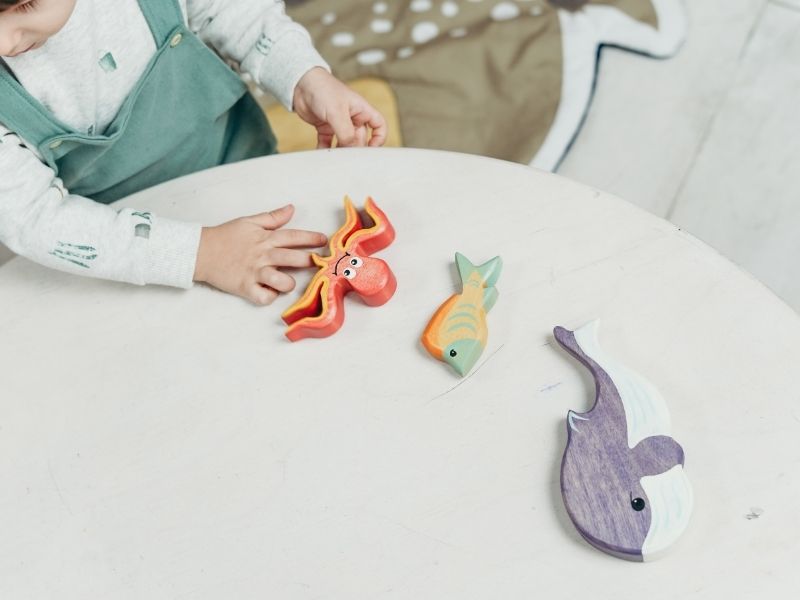 There are a lot of exciting things happening to me as a result of my beliefs in motherhood. And each of them is joyful.

Mothering with mindfulness is less about instilling set beliefs in your children and way more about challenging the set beliefs in your own mind. There is no difference between the professional-minded me and the mothering me – there is only ONE me. Hence the name of this series the ‘One Mind Challenge’.

As for where this ‘One Mind Challenge’ will take me? I’m not sure! I intend to flow with my intuition and write about what feels right. My hope is that I can share some of the learnings, realizations and freedom-forming habits I’ve developed with you over the course of this series…and I am so very pleased to have you along for this wonderful ride. 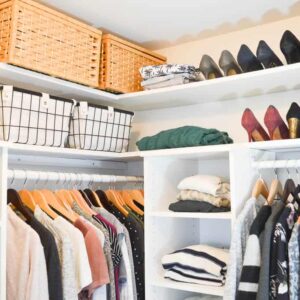 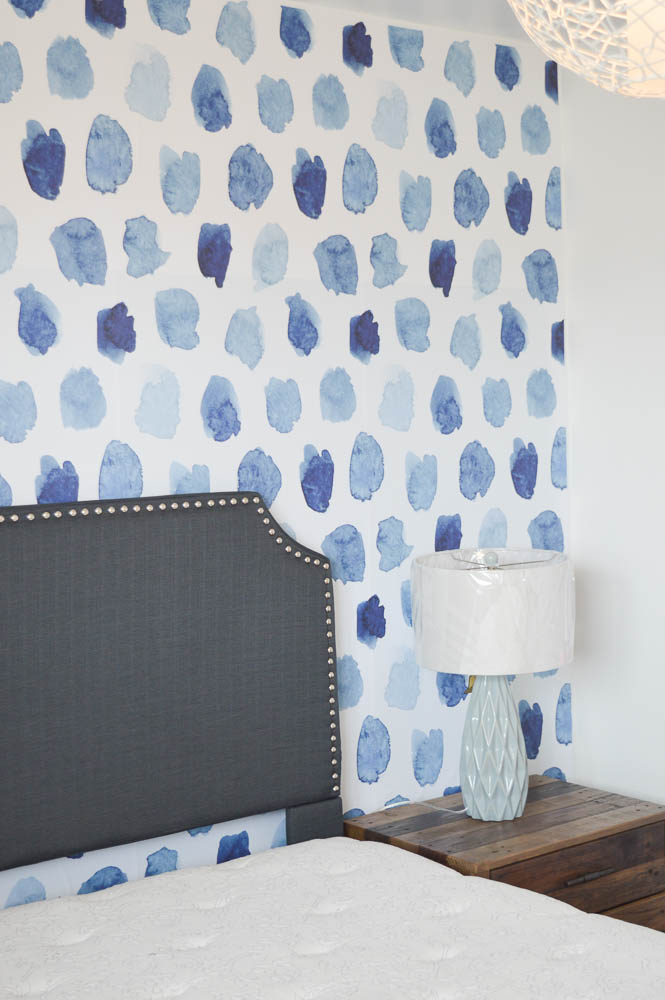 LOVE this! I, too, have found I've had to filter the complainers and, while I will sometimes joke and sometimes cry over the actual hard parts, for me having children was the focus I was missing. It's what keeps me centred, what keeps me searching for the positive, what drives me to surround myself with positive attitudes and people who build each other up and support each other. I've talked a lot with another mom I admire about those stories we tell ourselves and how we can frame the positive without ignoring the challenges. It's an approach we all need more of in our lives!

Amen. A million times amen. Isn't it funny how having a little person in your life can do that? I believe women are driving these mindset changes and are on the forefront of retelling these age old stories that hold us all back. What an interesting time we live in!

Oh Erin, this post makes me so very happy! Everything that happens in life is an opportunity and thinking and seeing those happenings with a grateful & positive heart & mind is so powerful! I can feel the calm from where I sit in Kingston, thank you so much for sharing this journey, I can't wait to read more! The first thing that popped into my mind while I was reading was, this needs to be a book! haha, where ever this journey takes you just know I LOVE reading your words, they comfort me. xo

Thank you friend :) Your words mean so much to me! You've been telling me to write a book for a while - I should really put that on my list hehe