Oh, what a month it has been. Isn’t it funny how as soon as you say “I’m going to take it easy and just focus on doing nothing” that a whole bunch of amazing opportunities present themselves? I mean, that doesn’t always happen – but I find it’s happening to me more and more these days, especially since I began my One Mind Challenge. I’m sure you’ve noticed that I’ve been going through a bit of a philosophical shift lately. I believe, rather I know, it’s for the best and it’ll bring me and this blog to places I can’t yet imagine… In fact, I think today’s post is actually part one of two. I’ve got something else I’m trying to put into words that matches today’s theme…so watch for that early next week (I hope). Meantime…

Today, I take joy in the fact that this journey has lead me to write about how to stop paddling upstream and find your flow – because I came to many of this month’s realizations while watching the flow of the ocean at the amazing Oceanstone Seaside Resort. (BTW – the photos in this post are all by the incredibly talented Tanya Canam Photography.)

New to this? This is where I take a quick break from all the DIYs and decor and dig in deep to where I am in MY MIND this month. I break down the challenges I’m facing as a blogger, a business woman, a mother, a friend and a person in this crazy world of high expectation and interconnectedness. I’m taking this ‘challenge’ to become more mindful, more at peace and to find relief from that which has weighed me down or held me back from finding truth and calm. I am pursuing this series along with an executive coach, many awesome podcasts and readings as well. 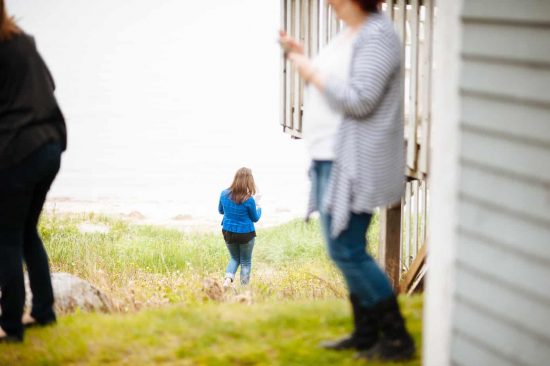 Really, what today’s challenge is about is learning to not only turn away from resistance in life, but also how to recognize that often we habitually invite and expect resistance to occur. Remember when I wrote about the words I no longer say? And then I wrote about reframing the way we talk about and, in fact believe, in motherhood? Both those lessons were leading me to here. When put together, what I’ve come to see is that we tell ourselves stories of resistance and those stories are insidious and incredibly dangerous and almost always lead us into chronic overwhelm.

Let me put that into non-woo woo context for you.

Here are things we frequently say or hear others say:

“This is just what you have to do to make it in life.”

“Hustle. And then hustle harder.”

We hear and tell ourselves these stories that essentially affirm in our minds and actions that if at first, we do not succeed, keep repeating that pattern until we succeed. Notice I didn’t write ‘try, try again’? 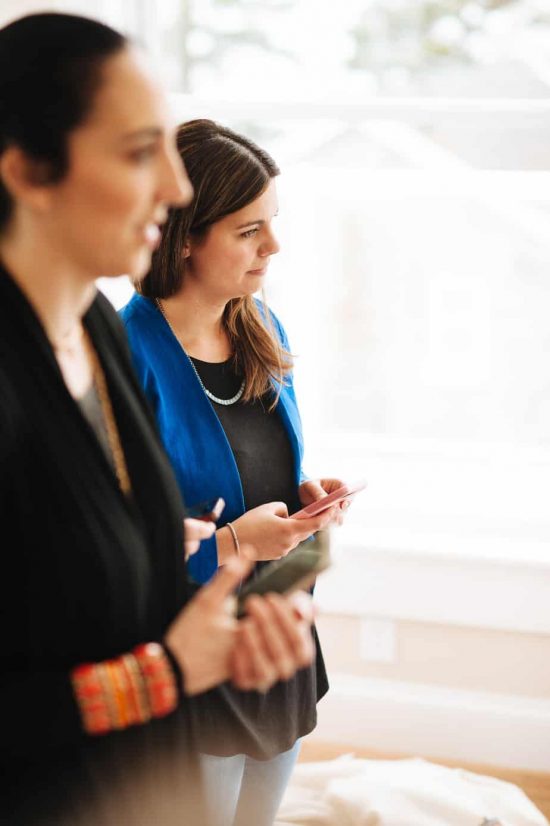 When we ‘try, try again’ we should be tapping into our emotions first. We should not be ‘try trying’ the same method, which if we are to use a metaphor, is akin to canoeing in a river and slamming against the same rocky shore over and over again. We should be trying to find another way to flow towards success and away from resistance (aka the rock). Isn’t there a saying that doing the same thing over and over again expecting different results is the definition of insanity? Well – ‘try trying’ again in the face of unmitigated resistance is kinda like doing that. Why can’t we just paddle with the flow of the stream and away from the rocks?

In fact, when put in the light of my former career as a broadcast journalist, I feel this lesson in releasing resistance even more deeply. I can recall so vividly, conversations with myself, my family, Dan that ‘if I just’ got the next promotion or the next job or the next interview or the next scoop – I’d be better. And you know what? Better never came. Eventually, I moved away from the industry that over time had become a rock in the middle of my stream. And it definitely gave me relief.

But this month, I needed to figure out how to recognize and apply that mindfulness to my current self as a Mother, a blogger and business owner.  As usual, easier said than done. 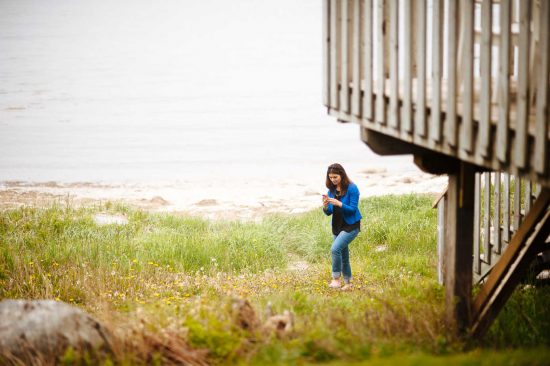 Here’s what’s been happening. (And I’m opening myself up BIG TIME with this display of honesty.) For a while last year, I was on a roll. Every time I sent an email with a pitch or a proposal, the response came back with a big fat ‘yes’. It was great. I felt successful.

Once LB was born and I started to feel overwhelmed (a pattern I’d like to discuss more later), my feelings about that success changed. I started to feel pressured to keep bringing in the ‘yes’ from no matter what source. I felt I had to keep up the rat race. I felt I had to just keep doing what I was doing even though it was wearing me down to a thread. I fell back into my old pattern of ‘if I just’ (fill in the blank) get that contract, land that sponsor, find the right partner, increase my readership…blah blah… I will be better. But, better never came.

The harder I hustled in the same old way – the more frequently I was experiencing rejection. I ended up with 12 no’s in a row. I’d never had that many before and it was completely deflating. I felt like a failure. I felt like my hustle wasn’t worth it. I felt like I was worthless. I felt like giving up. I was falling victim to resistance. My canoe was banging against a rock, but I just kept paddling towards it.

In this case, I had created resistance by telling myself that same story of ‘If at first you don’t succeed, try, try (the same thing) again.’

What I needed to realize was that there was this entire gorgeous flowing stream that was moving AROUND the rock. It was taking energy, time and emotion to keep paddling into this rock – to keep chasing that next sponsor, partner, page view, blah blah.

It’d be a heck of a lot easier to just allow the flow to pull me away from the point of resistance and let those opportunities find me.  Allowing this to happen meant breaking up with that old story of ‘if at first you don’t succeed, try try again.’ I had to tell a new story that moved me away from the rock. ‘If at first you don’t succeed, find the flow and just let go.’

*Breathes* (okay, truthfully – almost cries because this feels so powerful to me) 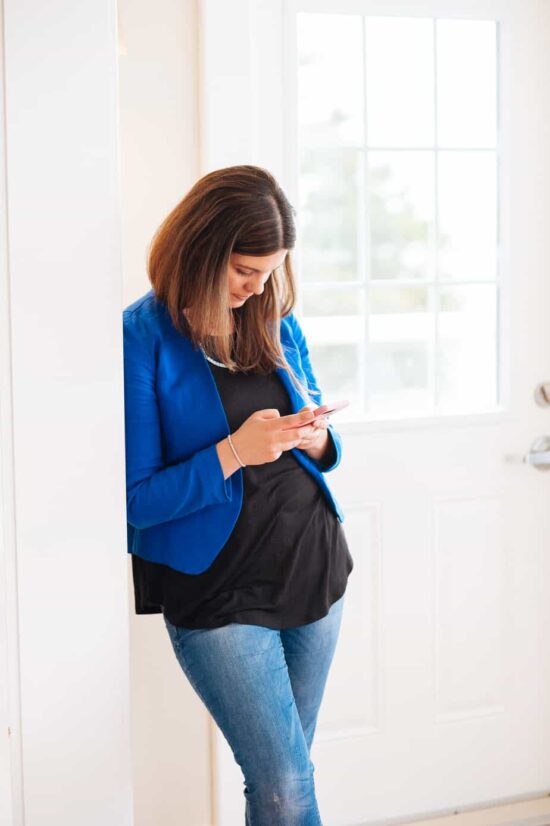 So what does this have to do with Oceanstone? LOL Well, when I was in peak overwhelm – like PEAK overwhelm (as in I had been slamming against that damn rock for weeks and my head was bruised and my ego was sore and I was spent), ECM Media hosted a workshop at the seaside resort. I was feeling totally drained, like the world was all take and no give and I wasn’t sure how I would feel coming out of the day. But I told myself a new story. This would be a chance to both literally and figuratively breathe new air and find a new ebb and flow…and to maybe finally be able to ‘just let go’.

It was foggy when we arrived and the water was hard to see. It brought a stunning sense of calm to the environment around the cabins at the resort, and I think it did the same for me. After immersing myself in the salty sea air and just being in the presence of people I know are there to help me find my flow, I felt myself move away from that rock that had been standing in my way.

Maybe it was poetry in life (you know I believe in that), but by the end of the session, the sun had emerged and I walked away from that day with a new flow in a new direction. I’ve decided to stop putting myself in front of ‘a rock’ that will say ‘no’ and make me feel like a failure. I am ‘try, trying again’ – but I’m just not going to repeat the same old pattern. I’m opening myself and my future up to the power of the flow of positive energy and opportunity. It’s out there! I just have to move away from this stupid rock of resistance to allow it to find me faster.

I might be up s**t creek without a paddle…. but that’s okay, because my plan for now is to flow downstream… and who even needs a paddle to do that? 😉

(HUGE thanks to Oceanstone for the unbelievably inspiring day. And to my fellow ECM Media friends – you are all so special to me and I’m happy to have you as part of my flow!) 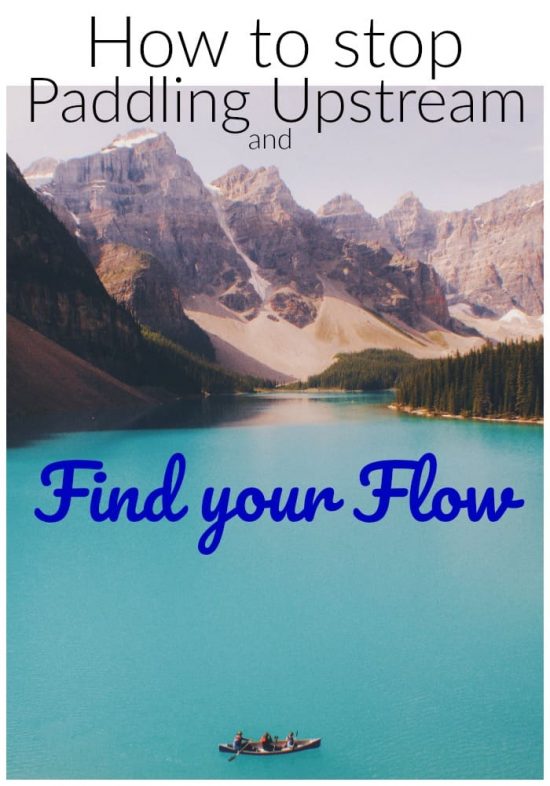 Start a Side Hustle 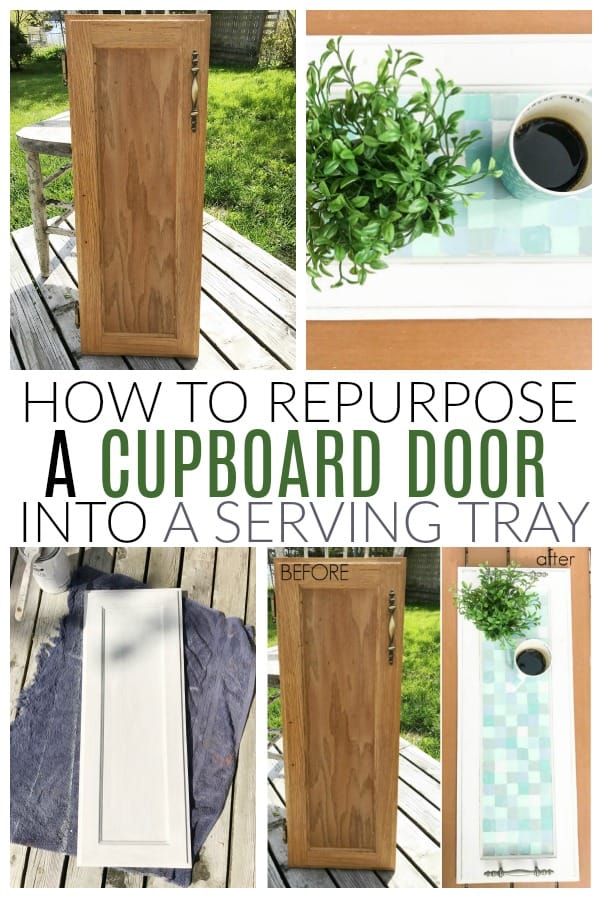 How to Repurpose a Cupboard Door
← Read Last Post 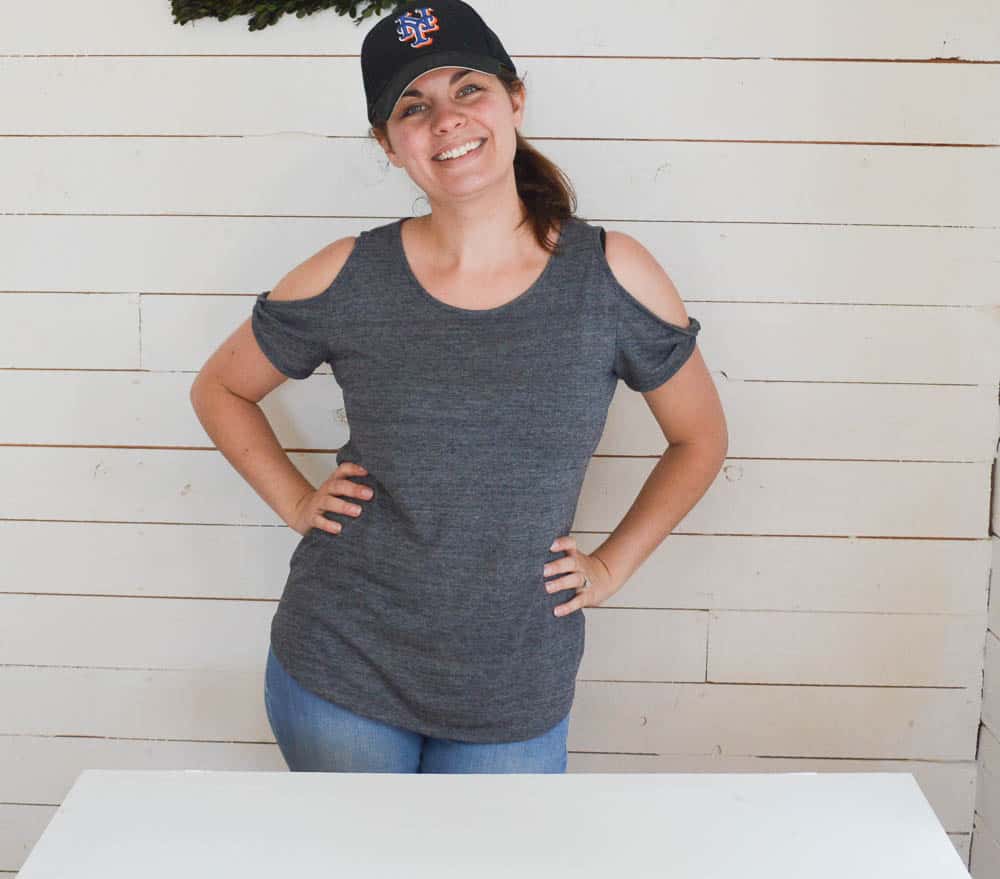