The words I’ve stopped using and why

It’s safe to say that my life has changed A LOT in the last two years. From quitting a job to starting a new career, launching a blog, becoming a mother – transition has really been the constant for me. One thing, however, that hasn’t changed much is people’s reactions to my changes and choices. If I had a quarter for every time someone asked “How do you do it all?” I’d buy a lot of cheeseburgers. LOL 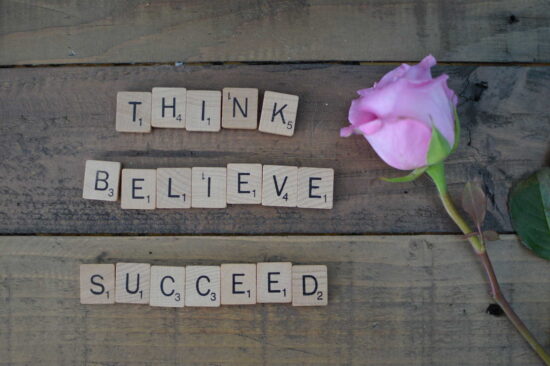 But let’s be real.

b) I find lots of things challenging and often feel like I should be doing more.

c) I have had lots of help along the way

But, I started to take it all to heart recently. I dug in and realized that people were asking the question in jest, but that they also might really want to know how (and why) it appears that I have ‘so much going on’ (< their words, not mine.)

This month, as I took on a new role with ECM Media and as I’m fine tuning my approach to my own life, success, entrepreneurship and family – I was able to sit down and reflect on some of the choices I’ve made that I believe are fundamental to my success and happiness.  No surprise to me, it came down to language and words. I’ve always held words close to my heart. I made my living off being a ‘wordsmith’. I often tell people I have a bit of synesthesia around words – some just feel and literally taste good to me. Weird, I know. But it’s true.

About 18 months ago, I was at a significant crossroads. I wasn’t happy. I wasn’t sad. I wasn’t really anything. I find that is a dangerous place for a person to be, especially someone who is creative and social by nature. Apathy breeds contempt – or so they say.

As I was “not-feeling”, I was also having regular meetings with an executive business coach as part of a new program we’d started in my day job. We were working through some operational changes, and she’d been brought in to help us fine tune processes and skills. Essentially, it was her task to make sure we had the brightest people in the right places. I’d never been part of a process like that before. My whole career, up to that point, it had been obvious what I was good at and what I needed to do to fulfill my job requirements. (Show up, find stories, ask questions, report, read the news, tell the truth, never be boring – repeat.)

It was also “obvious” to me what I was “supposed” to be blogging about – DIYs. All the time. Every chance I got. (I’ll come back to this point in a minute.)

Through my coaching sessions, it became clear that some of the operational assumptions we’d made at work were false and that small tweaks and pivots could really help us be more efficient and profitable. It was EXCITING. I was EXCITED again.

Why it took me months longer to take some of that advice and apply it to my own life and my blog, I can’t understand. But what I know now is, that advice is core – essential – to how I approach almost everything now. And it isn’t about what I am saying to myself (though, I firmly believe in repeating positive mantras), it’s more so about what I no longer allow myself to say and in turn, experience.

This is the number one ’emotion’ and ‘phrase’ I have almost entirely cut from my lexicon. Once I started to become aware of how often I used the phrase “It’s really frustrating…”  or “I’m so frustrated…” I realized I was saying it A LOT. Core to the use of ‘frustration’ is the application of blame on a situation or person that you seem to not control. But once you ditch the frustration and replace it with a phrase that implies ownership over yourself and your emotions – it flips from a disempowering feeling to one of extreme empowerment.

Here’s what I mean:

“I’m so frustrated that my subscriber list is so small! Everyone else seems to have great success with theirs :(” – this phrase kinda just ends the conversation. I mean, reasonably, what can you say to that? Frustration elicits validation of a negative feeling.

Instead, I’d start (and at first I stumbled often!!) changing the phrase to simply be something more like:

I’m essentially saying the same thing as before, but literally removing the ‘frustration’ from the equation. I’m no longer inviting negative feelings or associations in and instead, I’m opening myself up to a possible positive solution.

Listen, I know you’re probably like ‘What?! That’s cray.’ And trust me, at first, it felt totally cray to me too. But this change, however subtle, was the start of a massive wave of positive change for me. Even if you just try this one thing, it can help reframe your thoughts and actions in such a powerful way! I promise.

Once I dealt with eliminating frustration, it became important for me to not overthink things. Are you like me? Where you can run through a scenario 8 bagillion times in your mind and analyze all the what ifs and what fors and everything between?

Ya. That can lead to paralysis when it comes to decision making and it can also exacerbate anxiety if you are predisposed to it (like I am.)

‘Subtle Change Number Two’ was to replace the word ‘think’ with ‘believe’. I mean, not entirely – but in cases where it’s possible. Thoughts are  things we cannot always control. They can be impulsive, animalistic, sometimes just plain wrong. Beliefs, however, are deeply rooted in who we are, the choices we make and the values we uphold. So by simply replacing a few of your outwardly expressed ‘thoughts’ with ‘beliefs’, you are setting yourself up to have better control of outcomes and more empathy for those impacted by your actions and situations. (Or so, I believe hehe)

So now, when I talk about myself, my hopes, my desires – I root them in belief beyond thought.

Which leads me to this biggie. And this one was a CHALLENGE. I had to, HAD TO, stop myself from not only saying and writing – but BELIEVING – I ‘didn’t have time’. You’ve seen those memes and articles before. The ones that say Beyonce has the same 24 hour day as everyone else, and she does 8 million bagillion things that aren’t sit on the couch and eat chips.

What is at heart here is priorities and rewiring yourself to truly acknowledge that when you say ‘I don’t have time’, what you are really saying is ‘That is not a priority for me at the moment.’

Now, think if all the times you’ve said “I don’t have time” and you’ll probably start to feel guilty. I know I did. Like BIG TIME.

So now, especially when it comes to my business decisions, I list all the things I want to do in order of priority. Then I never, ever, ever, have to say “I don’t have time”, but instead I say “It wasn’t a priority.”

In some strange way, reframing my thoughts like this helped me actually find time I didn’t know I had. Which is likely why it appears to some that I get a lot done (lol – as I sit here looking at piles of laundry, un-vacuumed floors, unmade beds, and dishes in the sink… I can firmly say ‘not a priority at this moment.’)

Combine this reprioritization, with a lack of frustration and a firm belief in what I want to do with myself and all of a sudden guys – s**t started happening for me – in a good way and in ways I NEVER IMAGINED.

I still had a flat tire this morning and had to cancel a meeting I was looking forward to (true story.)

But golly – these really small changes can open some seriously large doors. This is precisely why I feel, I believe, in the evolution of my blog! I’m not moving away from my roots in DIY (I’ve got a killer furniture flip next week I’m excited to share!!), but I’m moving toward including some new priorities 🙂 Family, finances, friendship… all the things that fill my proverbial bucket and give me the courage to keep this blog going.

My next goal is to make another alteration. I’m now on a quest to swap out ‘Imagine…’ with ‘What if?’

Let’s see what road that takes me on 🙂 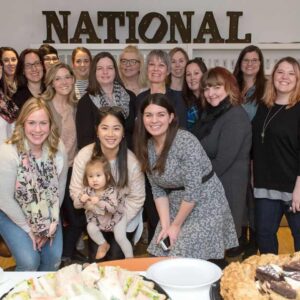 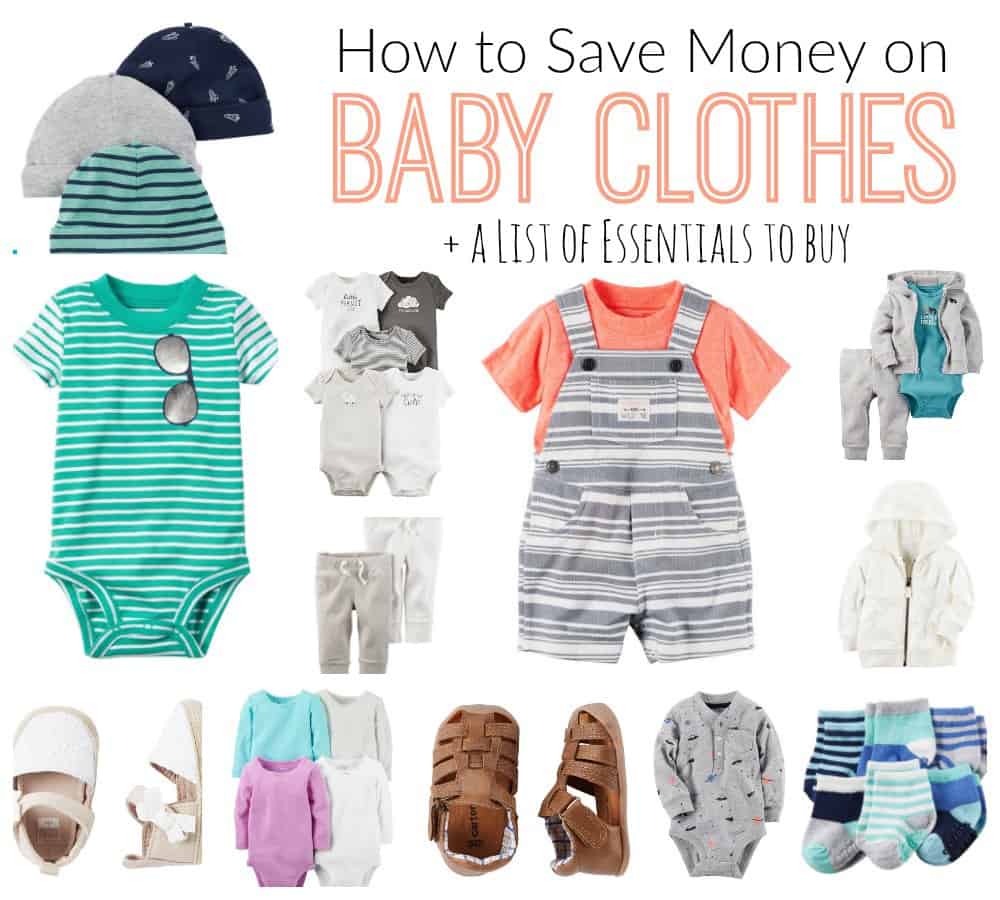 This is my first time ever reading this blog and this is so spot on! One more thing I don't say: I/we can't afford that/this. Because, we spend money on what's important to us. And if I believe we/I need something, I will find a way to get it, and not live in that poor me/poverty/scarcity mindset. And, I have 6 kids, stay at home wife and mom, have lived on a single income for 15 years, and have been buried in debt, payed it all off, and now have some business debt, and it's all in how we view money and it's control of us. we have to master it, as well as our thoughts! Thanks for writing this, I'm going to work on these things!

Hi Erin, Sadly the human brain tends to tell us how bad we are without giving praise for the good things we accomplish. Even when we have got things right, or nearly right, we still judge ourselves harshly.

Being positive is the most wonderful thing to achieve. It not only promotes a healthy thought style but also good health and allows us to just get on with achieving things. Being the best you can is fantastic.

How do I know all of this? I spent long hours in a classroom learning how to help people achieve this state themselves - the tool I used was hypnosis.

Great post! As a fellow professional wordsmith I agree with the power that they hold - consciously or unconsciously. I love these switches you've suggested. Thanks for the food for thought!

Love this post. Refreshingly honest and gives great tips too. I really like the 'time vs priority' tip!