We’ve been keeping a secret

Guys – we have to come clean. We have been keeping a bit of a secret from you. You might recall back in the spring, we laid out a plan for what we wanted to accomplish in the yard this year. You also may recall that it involved rehabbing the HORRIBLE shed in our back yard.

Let’s take a trip down memory lane, shall we? The shed was 10 feet by 14 feet and 1.5 storeys high – a veritable back yard behemoth. BUT, there were holes in the walls, in the windows, in the foundation, in the roof. There were animals living beneath it and on it and in it and anything we put in there ended up ruined. It was such a waste of good storage space.

Behold (or recall if you’ve been with us for a while.)

Over the course of the summer, our neighbours had a custom shed BUILT for them. We watched it go up in absolute envy. So one day, Erin called over the fence to the workers and suggested they just come ‘have a look’ at ours. A few days later, Vladimir the Russian shed builder was poking about in our yard and with a deep and honest laugh said “This shed is NO GOOD. You need a WHOLE new shed.” Basically, Vlad said repairing what was there would cost at least $1500 more than a new custom shed and there was little to no chance of us actually being skilled enough to do it ourselves.

Within another week, this was happening. 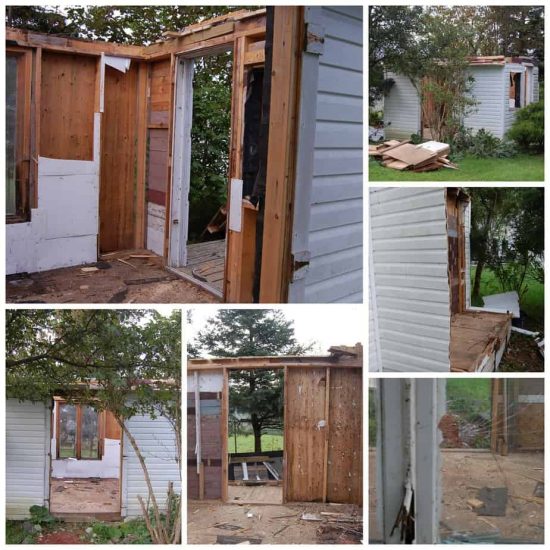 Along the way, Vlad discovered that not only was the current shed in shambles, but it had been built piecemeal using what appeared to be found materials.

That and there was a pile of uneven and oddly spaced bricks beneath it. 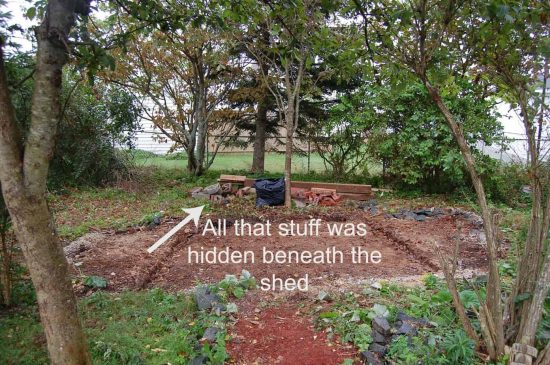 And let’s talk for a minute about Vlad. You guys, I don’t know what took us so long to do a Google search on him. But one day, as the project was nearing completion, we did. Throughout the whole process, he was kind and courteous, on time and worked hard. He also spoke proudly about his family – especially his son, who is in high school and now learning to drive. Anyway – read more about his story, it’s incredible and it makes us really proud to be Canadians and Nova Scotians and happy that we were able to give Vlad the work.

This is our new shed! It’s a bit smaller than the old shed, but it’s 100% useable and water tight.

It has cleared a nice area behind the shed too so next year we can lay more grass seed and likely put in a veggie patch. 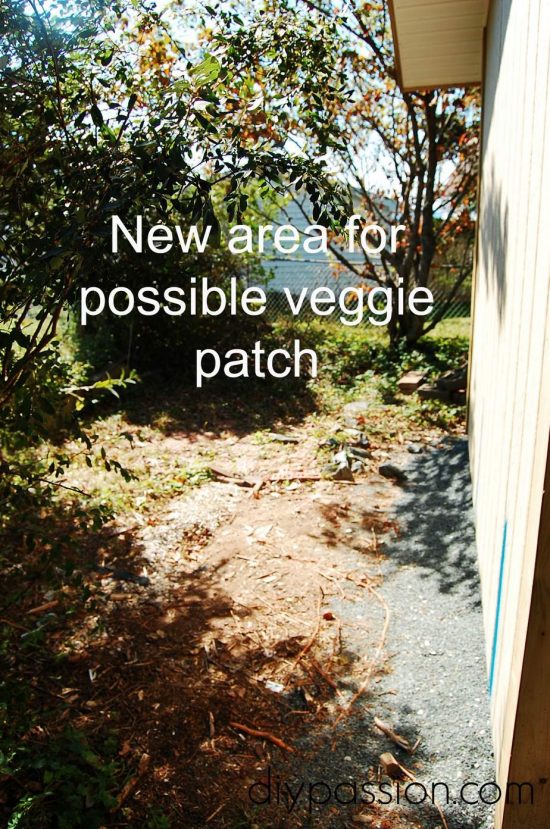 We haven’t quite figured out how we are going to organize the inside yet – probably some sort of peg board and utility shelf combo. But we won’t worry about that until next year. 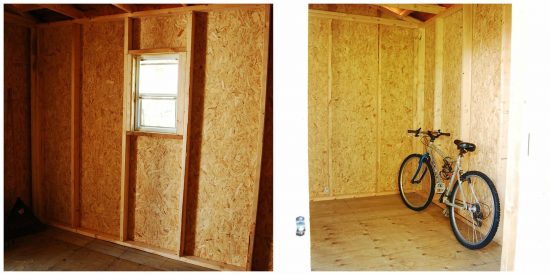 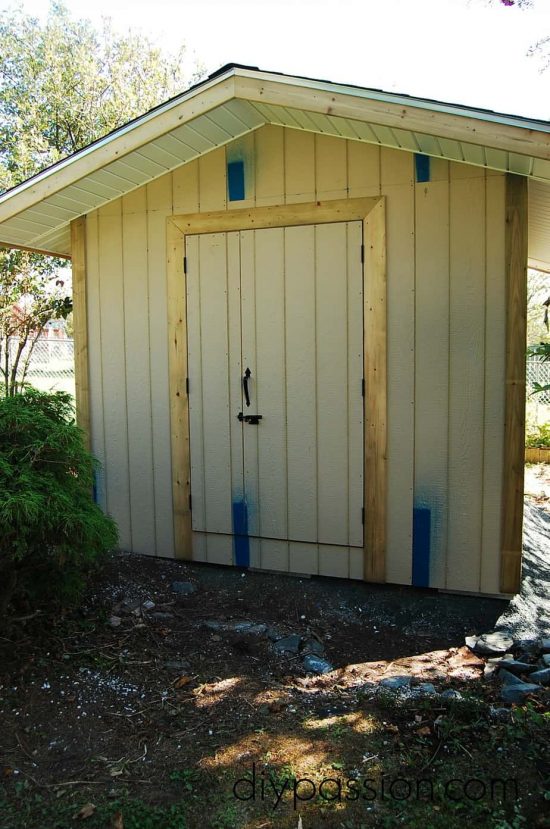 What does all of this mean? Well well – it means we’ve been able to almost completely empty out the garden room… which is making way for our next GIANT and exciting project. Truth – it probably won’t start until next year due to weather and winter and all that awful stuff we have to contend with – but we’re saving our pennies and we’ll share our plans with you soon. 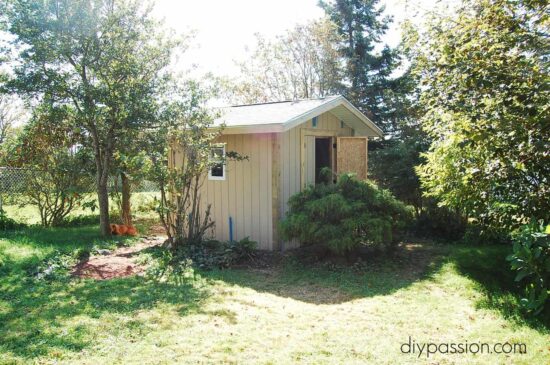 So that is our big shed secret… We are so happy with this decision.

Stay tuned! Tomorrow we are sharing something we’ve never shared before. We made a VIDEO. And you definitely won’t want to miss it! 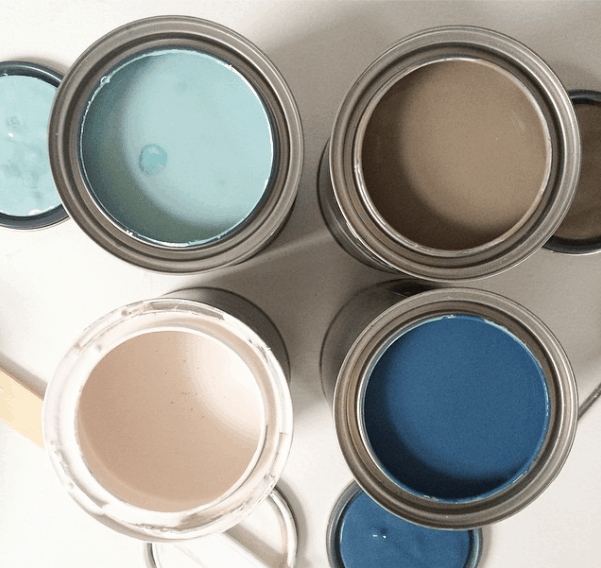